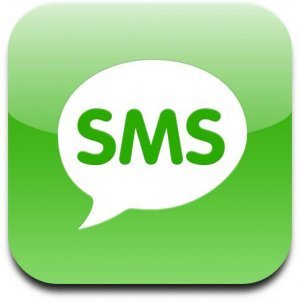 Instant Messaging (IM) services have
grown very popular over the years. Those of us who have been around for long are probably still fans of Yahoo Messenger. Then there's Google Talk.
But there are new kids on the block, the
most popular of which is WhatsApp.
Besides that, there are also Kik, Ping,  Messenger, ChatOn, iMessenger, and
FaceBook Chat.
Regardless of how popular IM services have been, however, there is one nagging problem – the non-universal nature of the services. Both WhatsApp and Kik are available for all major smartphone platforms – Android, Symbian, iOS, Blackberry. Viber is available only for Android and iOS. Whatever the reach of each service, the user has to know about them first and then go install them to their phones.
For example, If I have WhatsApp installed and running on my phone, some of my contacts may not have it on theirs. Some of them may be using Kik or BBM or some other service. Problem.
WhatsApp has been the most popular. For the purpose of this discussion, let us
assume that everyone we know is using this service. WhatsApp is a paid service and after a trial free period, a subscription is required. Not everyone will pay for the service. As such, I will end up losing some contacts.SMS – From Messaging To Instant
MessagingShort Message Service (SMS) has been
around for ages. It was not designed as an IM service, but shall we consider the
possibility of its evolution into one?
SMS is ubiquitous. SMS is built into the
GSM technology of networks. Its capability is built into every mobile in production.These two points mean that the problem of universality is solved (or removed from the way). In addition, it is always-on as long as your phone is switched on and within coverage area. No configuration needed to
get it working.
Would it be too difficult to evolve SMS
into an IM service? I don't think so – and I think that this is eventually what will happen.
Already, the modern conversation-style
user interface of SMS in modern
smartphones has taken it one step closer to the IM goal.How fast will this transition or evolution
happen? I don't know. But I am sticking my neck out that it will eventually. SMS will evolve into the mother of all mobile IM services.Culled from www.mobility.com.ng
Comments welcome!

Flutterwave is now valued at over $1Billion